Treating an allergic reaction in school

The following flowchart summarises the symptoms of an allergic reaction, and the steps to take in managing a reaction: 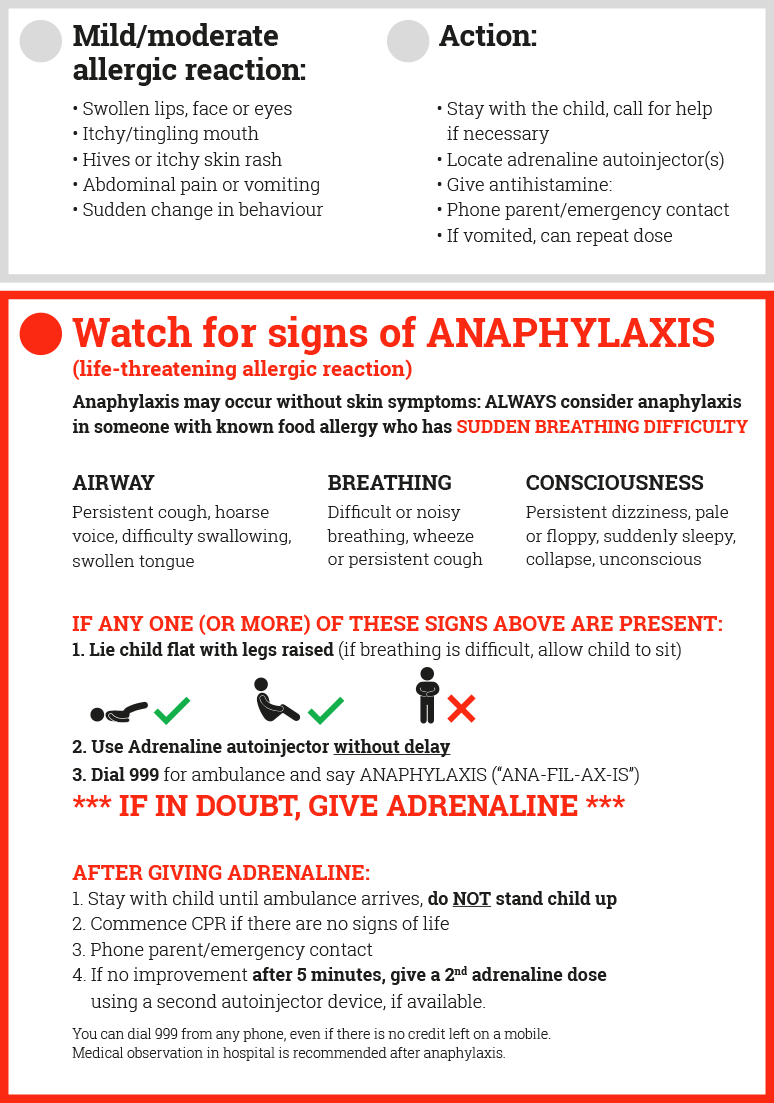 *Adrenaline auto-injectors (AAI) are prescribed to those at risk of a severe allergic reactions (anaphylaxis). You should administer the child’s own AAI if readily available. Schools which hold a “spare” AAI device can use that if available, but only in a child where:

In there are any ABC symptoms of anaphylaxis present, then administer an adrenaline auto-injector without delay:

You should administer the pupil’s own AAI if available, if not use the “spare” AAI, so long as the necessary consents are in place. AAIs can be administered through clothes and should be injected into the outer mid-thigh, in line with the manufacturer’s instructions.

A dose of adrenaline administered with an AAI into the outer mid-thigh muscle is safe and can be lifesaving.

Once the child is stable:

If the pupil is transferred to hospital, the hospital will inform the GP about the reaction.