Anaphylaxis is a severe and often sudden allergic reaction. It can occur when a person with allergies is exposed to something they are allergic to (known as an allergen). Reactions usually begin within minutes and rapidly progress, but can occur up to 2-3 hours later. 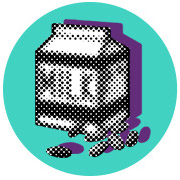 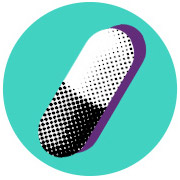 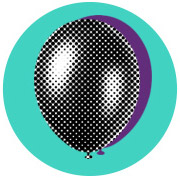 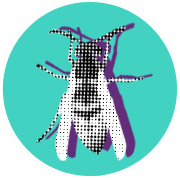 By far, the most common cause of anaphylaxis in children and young people is food allergy.

It is very unusual for someone with food allergies to experience anaphylaxis without actually eating the food: skin contact with an allergen is very unlikely to trigger anaphylaxis (but can cause contamination if handling food, which if eaten might then trigger a reaction).

Usually, other less severe symptoms (such as hives or urticaria, angioedema, nausea, vomiting or abdominal pain) are also present. However, in some cases, this does not occur, and only severe symptoms are seen, often mimicking an asthma attack.

An allergic reaction happens when the body’s immune system reacts to a substance that it wrongly perceives as a threat. The body produces Immunoglobulin E (IgE) which sticks to the allergen, causing activation of “allergy” cells (e.g. mast cells) which intiate an inflammatory cascade causing the release of mediators such as histamine. In the skin, this results in an itchy rash, swelling and flushing. Histamine is only one mediator involved – which is probably why antihistamines do not prevent anaphylaxis, and should not be used as first-line treatment. 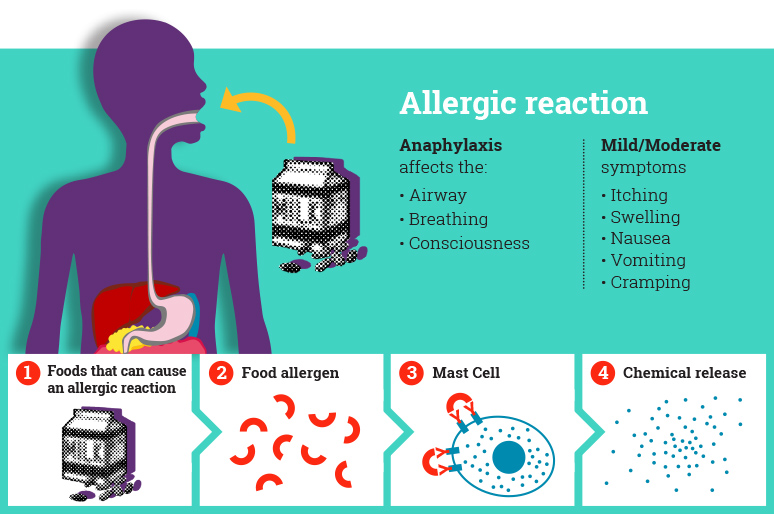 In severe cases, the allergic reaction can progress within minutes into a life-threatening reaction. The treatment of anaphylaxis is adrenaline (epinephrine), given by an injection into the outer mid-thigh muscle in the leg. Adrenaline treats both the symptoms of the reaction, and can also stop it from becoming worse. Other “allergy” medicines (such as antihistamines) can help with mild symptoms, but are not effective for severe reactions (anaphylaxis).

Giving adrenaline can be lifesaving. Some anaphylaxis reactions require more than a single dose of adrenaline; children can initially improve but then deteriorate later. It is therefore vital to always dial 999 whenever anaphylaxis has occurred – even if there has been a good response to an adrenaline injection.

Outside hospital, adrenaline can be safely given by non-healthcare workers as an injection into the muscle using an adrenaline auto-injector (AAI). Current brands available in the UK are EpiPen®, Emerade®, Jext®. This can be lifesaving.

Delays in giving adrenaline are a common finding in fatal reactions.